To Pitch a Tent 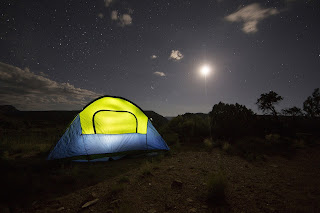 "I went camping (with Laraway School) and I would have my tent up in minutes while the boys didn't know how to do theirs, so I helped them," Mara recalls.  She also remembers a hiking trip in which she and a female staff member got a little lost before reaching their destination....again, before her male classmates found their way with staff.  These are sweet and sometimes funny memories of her experiences as a Laraway student.
"I was bullied at my old school," Mara said.  "Laraway was a new school with new people.  I was kind of excited when I found out I was going there."
Mara adjusted with ease, building positive relationships with staff and fellow students.  She spent 9th, 10th and 11th grade at Laraway School.  She returned to public school for 12th grade, earning her high school diploma.
"Laraway taught me a lot---like cooking with Tim, Patrick, Shellie and Erin.  We ran a bread company at the school called Yeast Coast," Mara said.  "Math was always kind of hard for me, but my teacher made it fun."
Mara and her fiance live in central Vermont with their rescue puppy, Lily.  She owns her own car and has been employed as a dietary aide at a nursing home since 2013.  More recently, she assumed an additional part-time job as a support worker for an individual with autism.  She was considering becoming an LNA, but is now thinking about building a career within the field of autism.  She is happy and independent, grateful to have a supportive fiance.
"He helps me feel better when I'm sad," Mara said.
Asked if she could think of another funny story from her time at Laraway, Mara laughed and said, "Oh, there are too many to remember!  Shellie caught me on the phone with my boyfriend (now her fiance) while in the woods on a camping trip!  We just did a lot of fun stuff.  We camped at the Waterbury Reservoir and went to Hampton Beach---that was my first time at the ocean.  They even remembered my birthday, making it extra special."
"Laraway is an excellent school," Mara said.  "They do a really good job, especially when they encourage your dreams, telling you to not give up on yourself."
Posted by Laraway Youth & Family Services at 8:50 AM